India has won a trademark row against a Malaysian company, which was granted 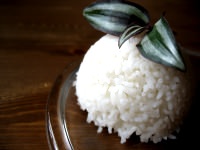 registration for the word “Ponni” for rice, a premium variety developed and grown in India since 1971.

In 2006, the local company was granted registration for the word “Ponni” in Malaysia for rice. The company had been importing ordinary rice from India and was distributing it in Malaysia as “Ponni” rice variety under the ‘Taj Mahal’ brand name. However, in an action brought by Indian authorities, the High Court of Kuala Lumpur ruled that the local company could not be allowed to monopolize the “Ponni” label for its rice products and accordingly, ordered for expungement of the registration.

Reviewing the facts, the Court observed that the Registrant did not invent the word “Ponni”. In fact it denotes the place in India where the said rice variety is grown. Therefore, the Court held that granting registration for “PONNI” to the local firm tantamounts to permitting misappropriation of this brand causing confusion and deception amongst the public who may invariably be lead into believing that the rice product originating from the Registrant was indeed the actual “Ponni” rice variety grown in India.The Court stated that the consumers associated “Ponni” as rice originating from a specific region in India. Hence, it was necessary to prevent the usurping of a variety that is recognized by the consumers as such.

The decision is favourable for the Malaysian consumers, as now that there are no monopoly rights on the word “Ponni” as a trademark, they would have more access to such variety of rice owing to more extensive distributorship of the same.

The judgment is one of the first cases in line with Geographical Indication protection by the Malaysian courts. Therefore, producers of such goods can now look forward to appropriate protection in Malaysia.

A Certification Trademark or more appropriately a Geographical Indication would be the best approach.