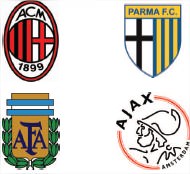 Thailand has, over the past few years, been plagued by increasing instances of trade markhijacking. This involves registration of a famous international trade mark (or a very similar looking mark) by a local business, beating the mark’s rightful owner in the race to the Registrar’s office. Afraid to get shut out of the market, the owner is left with no choice but to either pay an exorbitant ransom, and buy back the mark, or get embroiled in a prolonged cash-sapping legal battle.

Despite the fact that instances of trade mark hijacking have been fairly widespread, there has been little case law on the issue. A prominent case [Plaintiff v Department of Intellectual Property – Decision 8834/2542] deals with a local party’s attempt to have the well-known marks, as at the time of the litigation, of international football teams registered in its name.

The first in the series was a mark comprising a picture of a shield with stars on the top, closely resembling the team logo of AC Milan. The only differences were in size and that the local Thai mark featured two shields instead of one. The second mark in the series was similar to the logo of Parma FC and featured a trophy and four straight lines inside a shield. The original had a cross in place of the trophy. Another mark comprised a shield with the Roman letters AFA decorated with a wreath of leaves such that it resembled the mark of the Argentinean national football team. The last mark in the series depicted a man’s bust dressed as a warrior inside a ring to make it look alike the logo of Ajax.

After carefully reviewing all the arguments and available evidence, particularly those relating to the independent creation of these marks, the four applications were rejected on the ground of similarity with the wellknown team logos. The court opined that since football is a very popular sport in Thailand, and the marks filed were intended to be used on football merchandise such as t-shirts, it was highly probable that the marks would confuse the target customer, likely an avid football fan, as to the origin of goods.