In a decision dated January 2, 2015, the Hearings and Mediation Group, Intellectual Property Office of Singapore (IPOS), declared registration of the trademark under number T1005905C, invalid. 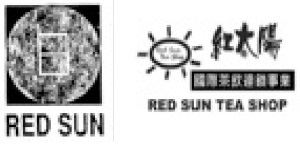 Redsun Singapore Pte. Ltd (Applicant) had filed with the IPOS an application for a declaration of invalidity against the trademark registration in the name of Tsung-Tse Hsieh (Proprietor). [2015] SGIPOS1.

The Applicant had previously obtained a judgment from the High Court against the Proprietor for passing off, although this was based on a procedural failure of the Proprietor to exchange its affidavit with the Applicant, rather than the elements of passing off being established.

In the present case, the Applicant had initially sought to invalidate the Proprietor’s mark on the grounds of similarity under Section 8(2)(b) of the Trade Marks Act. While the marks appear to be similar, given that both have the common denominator of “RED SUN,” it was held that because they were registered in different classes and for different goods, there was no likelihood of confusion between the two. Hence, the Applicant failed on this ground. However, the Applicant was able to invalidate successfully the Proprietor’s registration on the grounds of passing off based on Section 8(7)(a) of the Trade Marks Act.

To establish passing off, the following points were decided:

This case illustrates how a trademark registration can be invalidated if a claim for passing off based on earlier use of another mark is successfully made against the later mark.