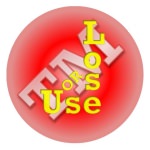 A common fear among trade mark proprietors, particularly those with bigger, wider portfolios is that they might lose their title by not using registered mark. Thai Law does not require use of a Trademark per se to maintain registration, nor does any statement of use certifying that the trade mark has been used need be furnished.

But similar to most jurisdictions, trade marks may be cancelled for non-use pursuant to Section 63 of the Thai Trademarks Act, aptly referred to as cancellation actions for non-use, often brought by those wanting to apply for an already registered mark that which appears not to be in use.

Such a safeguard is crucial. However, this provision may have the undesired effect of causing uncertainty in the minds of trade mark proprietors as to when and how they have or have not met the use threshold.  How much use does ‘use’ require?

It is apparent from the Supreme Court’s Decision in the case of TC Pharmaceuticals v Tara Parapitak that even the de minimis use of a trade mark, for a brief period of time and only in relation to a minimal number of products could constitute use. This suggests that ancillary or token use is sufficient.

Further, although non-use is expressly stated as ‘no bona fide use’ in Section 63, the Act does not expressly require genuine, specific or proper use. Closer scrutiny of the provision suggests that this requirement is qualified:

Is it then a sufficient defence to prove that the proprietor had no intention not to use or to abandon the mark, in lieu of actually showing ‘use’?

The Trademark Board in its Order 43/2540 held that the renewal (act of renewing) of a registration was sufficient to show that the Proprietor “had no intention to abandon” the mark.

In fact, the Board’s Order in Orica Australia Pty. Ltd. v Akzo Nobel Decorative Coatings, it appears that there is an automatic presumption that mere registration of the mark is evidence of the intention to use it, effectively doubling the burden of proof that the Petitioner need satisfy: failing which, the Respondent need not even respond. In this case, the Petitioner failed despite adducing market survey evidence of no use and no response.

Of especial importance to International proprietors are cases like the Supreme Court’s decision in Woolworth v Wichai, which suggests  that use of the mark abroad can be construed as evidence toward the proprietor’s interest in the mark and should sufficiently defend against a cancellation action, so use need not be use in Thailand.

Commentators and academics alike have agreed that the threshold for non-use in Thailand is very high, and conversely, use may be derived rather easily.

This is a double-edged sword, where it may be hard to obtain a desired registered trade mark which is dormant, but where trade mark proprietors can have peace of mind that their marks are not easily exposed to cancellation actions for non-use.