The internet is fast becoming a powerful marketing tool and likewise a knowledge commodity. 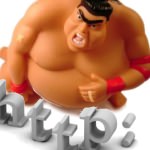 Companies, especially multinationals, tend to market themselves by using the internet. To be more visible, companies formulate their web addresses with their trade name. IP protection in this sense is accorded by domain name registration, for the registration of an exclusive web address.

Such protection is not fool proof. Bestowing IP status on domain names gave birth to a phenomenon known as cybersquatting. This occurs when a party registers a domain name (especially for well-known brands) before the actual trader of the brand registers its interest. Cybersquatters then sell the registered domain to the trader desperate to use it. This is especially powerful when registration of a domain would guarantee exclusive use of it.

The situation though is not so gloomy for traders wanting to register domain names in Malaysia, especially by virtue of a case decided by the Kuala Lumpur Regional Centre of Arbitration (KLRCA) involving two companies with roots in Singapore and a domain name registered in Malaysia. In this case, Singapore’s AllProperty Media, operating the website propertyguru.com, sought to register its Malaysian website as ‘www.propertyguru.com.my’, only to find that such name has already been registered by Malaysia-based Think Media, which in turn is owned by Singapore’s iProperty Group Asia.

In a first of its kind dispute, the KLRCA (with a panel of three senior lawyers) found that Think Media’s propertyguru.com.my is closely and confusingly similar to ‘propertyguru.com’, because propertyguru.com is visited by Malaysians, used as an advertising platform for Malaysian developers and promoted or advertised in Malaysian publications since early 2008.

The panel further found that Think Media had acted in bad faith and had registered the name with the intention of diverting Internet users away from AllProperty’s website. iProperty, a Singapore rival, would know well of AllProperty’s goodwill in the words property guru. The panel ignored Think Media’s argument of reverse domain name hijacking by AllProperty and further argument that this is not a case of cyber-squatting as www.propertyguru.com.my is valid, running and subsisting.

The intention of the tribunal is clear, that they would not tolerate any attempt to cyber-squat; a welcome decision for companies who find their attempted domain name registration thwarted by cyber-squatters. Such decisions encourage the registration of domain names in Malaysia.

However, the case is now brought up on appeal to the Malaysian High Court by Think Media and it will be interesting to note the High Court’s decision on the matter, especially with the KLRCA’s decision having a strong persuasive value in the High Court.