A significant number of developing economies have, of late, mustered up the courage to antagonise 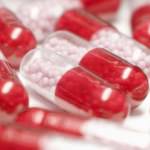 multinational pharmaceutical companies by issuing compulsory licences. The rationale for this is concern over the public health. As is well recognized, compulsory licences are effective instruments to provide access to expensive drugs. It would be interesting to note the overlap between compulsory licensing and data exclusivity. Although these are two distinct concepts, the former may be considered an exception to the latter.

Without being drawn into theoretical interplay, we wish to highlight a significant development in this regard in Malaysia. The Ministry of Health issued a Directive on Data Exclusivity on February 28, 2011. While the Directive aims at protecting undisclosed, unpublished and non-public pharmaceutical test data, the Directive is restricted to new drug products containing new chemical entities and second indications of registered drug products. Generally, data exclusivity blocks access to clinical test data. However, an exception has been carved out in the aforesaid Directive. It expressly provides that the provisions pertaining to data exclusivity shall not apply where a compulsory licence has been issued.

This is a pretty significant development as far as generic drug manufacturers are concerned. They could now have the proverbial cake and eat it too, by applying for a compulsory licence. By successfully demonstrating larger public interest and the requirements stipulated in the Patents Act (which include there being no production of the patented product in Malaysia without any legitimate reason; no sale of the product; the patented product being made available at an unreasonably exorbitant price; or the product not meeting public demand), generic companies could obtain a compulsory licence and gain market access to distribute the generic version of the drug, as well as save on costs that they would have otherwise had to incur to carry out clinical drug testing.