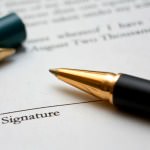 The recordal of a licence is mandatory under the Thai Trademark Act. However, in practice, the need to register is often willfully ignored by the trade mark owners, who find the requirement burdensome. With foreign companies, that lack of awareness is often the key reason behind non-compliance, exacerbating the risk of potential conflict inherent in the enforceability of such unregistered licence agreements.

Although there is not much jurisprudence covering this topic, there have been a few occasions when the Courts have deliberated on it. In one such case (Chawana Kiatchawanqsewi v Gata Anglo-Thai Association Co, Ltd) the Supreme Court held that the intention of parties should also be considered while evaluating the validity of an unrecorded licence agreement. The issue arose when the proprietor of the mark sued the licensee for infringement when the latter attempted to sub-license. The proprietor stated that the licence agreement between the parties was not recorded and hence, not binding. However, as there existed a valid licence deed at the time of the complaint, the Supreme Court, while declaring the licensee deed void for non-registration, quashed the complaint holding that the intention of parties must also be considered while deciding on unauthorized use by a licensee relying on an unregistered deed.

Thus, even though the Court’s decision does not explicitly rule that the parties’ intention trumps the registration requirement, it is evident that the common argument of licence invalidity due to non-registration may no longer be viable if good faith by one of the parties can be proved. Readers are cautioned not to use this decision as a precedent for commercial transactions as the Courts are likely to consider facts of each case differently. Until there is a statutory amendment, it is prudent to be vigilant while recording licence agreements in Thailand.