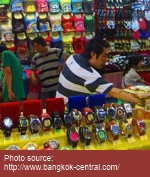 While Thailand has been on the Priority Watch List of the Office of the USTR Special 301 Report since 2007, the Royal Thai government has remained steadfast in its commitment to stronger protection and enforcement of Intellectual Property rights.

The Special 301 Report has noted the positive actions undertaken by the Thai government in this regard, which include implementing the Creative Economy initiative and its related public awareness and educational projects. Also, the Thai-United States Creative Partnership was formed in 2010.This is a joint initiative between the Royal-Thai and the United States governments to identify new partnerships in the public and private sectors.

In March 2010, amendments to Thailand’s IP regime were submitted that sought to punish landlords and patrons of counterfeit products. The proposed bill is pending approval by the cabinet and aims to make it an offence to rent out premises for the commission of infringing acts.

The proposed law states that when the owner or occupier of a building either knows or reasonably should have known that the user of the building or spaces therein sells, offers for sale, or possesses for sale goods which have used forged trademarks, service marks, or collective marks according to Section 108 and 109, shall be punishable by imprisonment not exceeding one year or a fine not exceeding Bt200,000 or both.”

At present, there is no clear liability on the part of a landlord who allows his property to be used for infringing activities. There is no law that makes it the duty of the landlord to monitor the acts of its tenants.

The proposed bill seeks to punish patrons of counterfeit products as well. The draft provision states “whoever, without appropriate reasons, buys goods, while knowing or reasonably should have known that such goods have used forged trademarks, service marks, or collective marks according to Section 108, shall be punishable by a fine not exceeding Bt1,000[$30].”