Parallel import is a prevalent business model in the new age economy. However, the laws governing 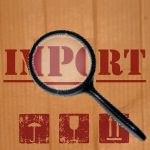 parallel imports are still in infancy and require clarification in many jurisdictions, including Malaysia.

In Tien Ying Hong Enterprises v Beenion (2010), the High Court of Malaysia provided the much needed clarification. The plaintiff in this case was the registered proprietor in Malaysia of the mark Seizaiken used on watch batteries.

Notwithstanding the trademark registration, the defendant imported some batteries under the brand Seizaiken and offered them for sale in the Malaysian market. The defendant argued that there was no trade mark infringement in providing watch batteries under the Seizaiken mark in Malaysia as these were parallel imported goods from a company based in Hong Kong, which in turn had sourced the goods from a genuine manufacturer in Japan. The defendant submitted that its mode of importing and distributing the batteries bearing the trade mark Seizaiken fell into the legal description of parallel importation and hence, did not breach any trade mark law.

The case is a significant ruling as it makes the legal description of “parallel import” clear vis-à-vis importation of genuine legitimately manufactured and not imitation or pirated products, which originate from a bona fide third party and which are sourced from another country. In light of this decision, defence of parallel imports to avoid infringement proceedings can be challenged by the registered rights owners to better protect their rights in Malaysia.