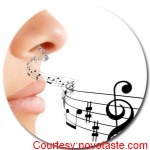 Thailand has several amendments in the pipeline for the Trade Marks Act. Amongst them is the introduction of smell and sound marks. The bill extends the meaning of a “mark” to include non-visual trade marks such as sounds and smells, which will bring Thai trade mark law in line with international standards.

To be registered, sound would need to be distinctive. The bill being considered describes it as a “sound that is not directly descriptive of the quality or character of the goods, a natural sound of the product or a sound arising from the functionality of a product”. For example, a sewing machine manufacturer cannot register the sound of the sewing machine as a sound mark.

By making natural sounds unregistrable, the bill provides a fair playing field for businesses. Only those sounds that can indicate a product’s origin will be allowed. For example, jingles used in advertisements for some products may be registered provided consumers associate those jingles with that product. Businesses will be able to register not only the traditional visual marks but also the sounds used in the product’s advertising, thereby providing complete protection

Similarly, to secure protection as a smell mark, smells would need to be distinctive and not directly descriptive of the character or quality of the goods or be a natural scent of the good in issue. Registering smell marks is difficult, as they cannot be perceived visually like traditional marks or represented graphically like sounds marks. Furthermore, smells, by their very nature, may be perceived differently because of factors such as concentration, temperature, environment. Hence, satisfying the requirements to be considered as a smell mark may be challenging.

The draft bill allowing these non-traditional marks was passed by the cabinet recently and is now awaiting approval from the Senate for implementation. The changes will be most beneficial to businesses that employ non-visual trade marks in their advertising and marketing. However, for efficacy of these amendments, it is necessary that clear regulations governing the registration should be laid down – otherwise the objective behind these amendments will remain unfulfilled.