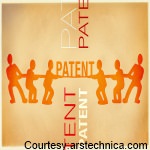 in BT Engineering v with characteristics similar to that of its own. The plaintiff further alleged that the defendant had infringed its copyright through the unauthorized use of photographs and design drawings. The defendant denied the allegations and in turn sought an order revoking the plaintiff’s patent and challenging the validity of the patent for lack of novelty and inventiveness. In challenging the novelty, the defendant claimed that automatic folding gates were not new and had been used in a housing project in Kuching as early as 1995, prior to the filing of the plaintiff’s patent.

The court found in favour of the plaintiff.

On the issue of revocation, it was held that defendant failed to produce evidence of prior art destroying the novelty of plaintiff’s patent. The defendant also failed produce evidence that the gate in Kuching possessed the same key features as that claimed in the plaintiff’s patent. The plaintiff did not deny that folding gates existed prior to its patent. Instead, it claimed the patent was a combination patent, of which the combination of features did not exist.

In considering the alleged patent infringement, the court applied the test for infringement formulated by the House of Lords in the case of Rodi & Wienberger v. Henry Showell [1969]. The court further outlined that in order to determine whether a patent is infringed, the specification, in particular its claims, must be construed purposively to determine the essential integers. If the product in question falls squarely within the words of the claim, then the product will infringe.

In the current case, the plaintiff’s patent was found to possess the following essential features:

The defendant’s product was found to contain all these essential features and therefore, it infringed the plaintiff’s patent.

In considering the alleged copyright infringement, the court applied the substantial reproduction test and found that the defendant’s act of publishing photographs to be a whole or substantial reproduction of the plaintiff’s copyright work in their photos and design drawings. Accordingly, the court found that the defendant had infringed the plaintiff’s copyright.

This decision is an example of the different tests used by the court in determining infringement for patents and copyright: the purposive approach for patent infringement and substantial reproduction test for copyright infringement.