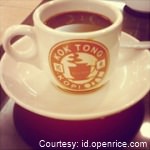 At the center of a recent controversy in Indonesia was the mark KOPITIAM, which literally means “coffee shop.” KOPI means coffee in the local language, while TIAM is the Hokkien dialect for a shop and is widely understood as such in the country. Undoubtedly, registration of this term for a coffee shop would have been refused in most jurisdictions on the ground that it was generic.

Such is not the case, however, in Indonesia, where KOPITIAM has been registered in the name of Abdul Alex Soelysto since 1995. Soelysto had filed a cancellation action against the mark KOK TONG KOPITIAM, registered in the name of Paimin Halim, asserting that the contested mark was wholly or partly similar to a previously registered mark covering the same goods. The Commercial Court of Medan, North Sumatra, ruled in favor of Soelysto.

Aggrieved, Halim filed an appeal with the Supreme Court and argued that the decision be reversed. He argued that KOPITIAM was a generic word for a “coffee stall” and was widely used in North, South and West Sumatra, the Riau Islands and some areas in Kalimantan. In addition, Halim contended, he was not the only businessman using the term KOPITIAM, in view of the existence of the marks QQ KOPITIAM and KOPITIAM ONG. For these reasons, Halim argued, KOPITIAM was a generic mark and should not be monopolized by any one party. Halim further argued that his mark was not at all similar to Soelysto’s because it consisted of the words KOK TONG KOPITIAM and not KOPITIAM alone; his use of the word KOPITIAM was to describe his business of offering a variety of food and drinks, including coffee. As such, his mark actually meant “the coffee shop of Kok Tong.”

The Supreme Court rejected these arguments and upheld the Commercial Court’s decision. It relied on the testimony of a witness from the Directorate General of Intellectual Property (DGIP) that the similarity of one element is sufficient grounds for refusal of a trademark application. In other words, the mark KOK TONG KOPITIAM was properly refused or cancelled because the major element, KOPITIAM, was identical to Soelysto’s earlier trademark registration for KOPITIAM.

This decision has sparked much debate in Indonesia. On the heels of his successful cancellation action, Soelysto recently published an advertisement asking restaurateurs to immediately cease and desist from using his KOPITIAM trademark. The Indonesian Kopitiam Association strongly disagreed with the decision. It argued that KOPITIAM was a term that should be considered part of the public domain. The Association filed several cancellation actions against Soelysto; they are still pending.