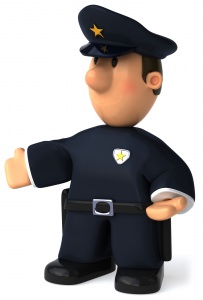 President Benigno “Noynoy” Aquino, Jr recently signed into law amendments to Republic Act No. 8293, the Intellectual Property Code of the Philippines (IP Code). The amendments are embodied in Republic Act No. 10372, which will take effect on March 22, 2013. The recent changes to the IP Code were crafted to step up the government’s fight against IP pirates, infringers and criminal syndicates.

One of the recent amendments grants the Offices of the Director General and Deputies Director General of the Intellectual Property Office of the Philippines (IPOPHL) the power to undertake enforcement functions with the support of the Philippine National Police, the National Bureau of Investigation, the Bureau of Customs and the Optical Media Board. Previously, enforcement of intellectual property rights could be exercised by the latter government agencies.

Moreover, the IPOPHL is now vested with powers that allow it to inspect establishments and businesses engaged in activities involving the violation of intellectual property rights, such as infringement and/or unfair competition. It should be noted, however, that these powers may not be exercised on IPOPHL’s own initiative but only after a complaint has been lodged by the IPR owner.

The rest of the newly enacted statute refers to amendments to the Copyright Law which, among others, mandate the creation of a Bureau of Copyright and Other Related Rights thus carving into legislation IPOPHL’s function of accepting deposits for copyright registration. These amendments likewise empower IPOPHL to accept, review and decide on applications for the accreditation of collective management organizations or similar entities.

The grant of enforcement and inspection powers to IPOPHL is unprecedented and is expected to give a new dimension to the fight against IPR violators.