PT Perusahaan Gas Negara (Persero) Tbk (PGN) (the Defendant), is an Indonesian company involved in the business of transmission and distribution of natural gas. In 2012, an action for infringement was filed by M Rimba Aritonang (the Plaintiff) in respect of Design No. ID0009708 entitled “Meter Box Adaptor” and was assigned Case No. 73/D.I/2012/PN.Niaga.Jkt.Pst. 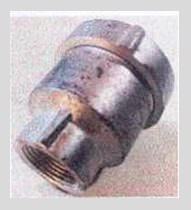 On August 12, 2005, M Rimba Aritonang filed a design application with the Directorate General of Intellectual Property (DGIP) under Application No. A00200503388 and Locarno Classification 23-01 claiming the shape, configuration and composition of lines as shown in the representations below.This design protects natural gas pipe joints from catching fire from flames or through the sun. The industrial design was granted by DGIP on August 28, 2008, under Design No. ID0009708 and is reproduced below as Figure 1. 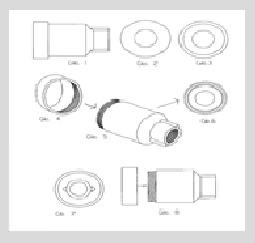 On November 14, 2012, the Plaintiff registered his suit with the clerk of the Commercial Court at the Central Jakarta District Court. The Plaintiff is a retired employee of the Defendant and claimed that the Defendant had used his design and manufactured products using the said design since 2006, without his permission, as the holder of the Certificate of the Right to an Industrial Design. Consequently, the Plaintiff asked the Defendant to pay compensation for damages in the amount of Rp132.39 billion (US$11.8 million).

After due consideration of the arguments and evidence submitted by the parties, the Commercial Court of Central Jakarta rendered judgment on April 4, 2013, in favour of the Plaintiff and concluded that the Defendant indeed infringed the industrial design. The judges decided that the Defendant pay Rp180 million (US$16,100) as compensation.

This case illustrates the importance of protecting intellectual property rights at the onset. The issue of ownership could have been avoided had the Defendant registered the original design when it was conceived. Indonesia adopts the first to file system. Accordingly, it is open to third parties to copy a concept and file the application before the owner, thus depriving the actual owner of its proprietary rights.