In spite of Singapore’s very small population, it has more than ninety percent (90%) mobile phone penetration rate. This is nearly four million users; many of which are eager to upgrade to the latest phone models. It has been argued that this is the reason why Apple chose Singapore to launch its revolutionary iPhone in Asia. If iPhone is released in Singapore, it will proceed to all markets in South-east Asia as Singapore is considered the technology gateway to neighboring Asian countries.

There have been rumors that Singapore Telecommunications Ltd. or Singtel (Singapore’s largest telecommunications company) and MobileOne Ltd. or M1 (Singapore’s third-largest telecommunications company) are trying hard to snag the deal to bring the iPhone into Singapore in September. However, due to slowness in bringing the iPhone, articles are spreading regarding the possible launching of Meizu M8 minione mobile, a Chinese-made phone, in Singapore in May of 2008, i.e. 4 months ahead of the much-talked official launch of the iPhone in September. The most interesting thing about this Meizu M8 phone, aside from the cheaper price, is the similarity of its appearance with the Apple’s iPhone. The M8 phone has a thin, flat frame with a large 8.4 cm screen and on-screen icons that make it looks like the iPhone. The M8 runs a version of Microsoft Windows CE6 modified to match the iPhone’s Graphic User Interface, which allows people to interact with a computer and computer-controlled devices. 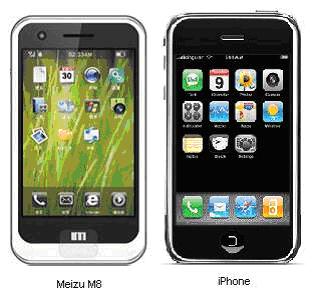 The question is whether Meizu will unveil their iPhone clone soon enough despite the preparation of Apple’s tenacious legal team as evidenced on their numerous patent applications and designs duly registered at the Intellectual Property Office of Singapore?

Aside from Apple’s Singapore patents related to the technology behind the iPhone, Apple Inc. has more than 30 published registered designs in Singapore relating to the iPhone design claiming the novel shape and configuration of the electronic device. Despite the recent revelation of Meizu CEO Jack Wong claims that the final Meizu minione M8 will feature three physical buttons instead of one, it will still be as rectangular as the iPhone. 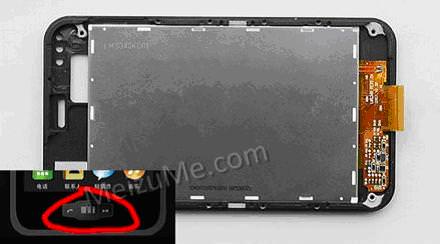 This design may still fall within the scope of coverage of Apple’s existing designs, e.g. Singapore Design No. D 2007/700/B entitled “Electronic Device” and claiming priority from United States of America design application filed on 5 January 2007. The features of the design for which novelty is claimed are the shape and configuration of the article as shown in the representation. 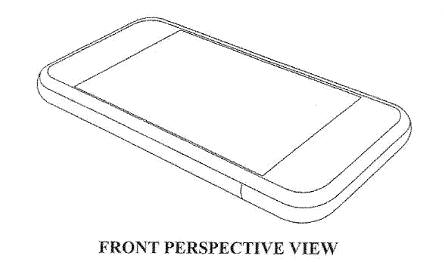 To recognize design right infringement, an “Ordinary Observer” test may be applied, which states that:

“If in the eye of an ordinary observer, giving such attention as a purchaser, two designs are substantially the same, if the resemblance is such as to deceive such an observer, inducing him to purchase one supposing it to be the other, the first one patented is infringed by the other”.

Thus, Meizu M8’s design does not have to be identical to the illustration in Apple’s design to constitute infringement of that design. All that needs to be proven is that an ordinary purchaser would be deceived by the Meizu’s design into thinking it was the iPhone.

On 4 March 2008, Meizu appeared at CeBIT with a non-functional, plastic prototype of the M8 able to display three screenshots of the UI, and a development board running partially working UI with most phone functions. No fully working unit was shown though. On the second day of the exhibition, German police closed Meizu’s booth due to patent infringement. The devices and literature were seized. However, according to forum posts by Meizu CEO Jack Wong, the raid was initiated due to the lack of its MP3 decoding license, not the iPhone similarity. Will Meizu experience the same thing in Singapore? Infringement in Singapore may be a civil or a criminal offence depending on the type of offence. Once infringement is successfully proved, one or more of the following relieves can be obtained: (a) Injunction, (b) Damages and/or (c) an Account of profits. On the other hand, relief against groundless threats is available.

Singapore will soon have the Apple iPhone and now that there is the Meizu M8 minione, a much cheaper clone to the much-hyped iPhone; who will win the battle?