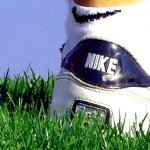 An application needs to be filed together with evidence demonstrating use. The authority then peruses the evidence in order to ascertain: the degree of recognition of the mark to the relevant sector; the duration, extent and geographical area of use; the duration, extent and geographical area of any promotion of the mark (including advertising or publicity at fairs, exhibitions); records of successful registration or protection conferred in other jurisdictions and the brand value of the mark. Upon being satisfied that the mark fulfils the requirements, the mark shall be recorded as well known. This confers several benefits. It allows owners of such marks to prevent the registration of similar or identical marks irrespective of the class in which the registration is sought. Although recordation does not automatically confer protection across all classes, it prevents potential registrants (of another identical or similar mark) from obtaining a monopoly over them. Further, if an application is filed for the registration of a mark which is identical or similar to the well-known mark, then it is raised as a citation, providing protection  to the well-known mark, albeit indirectly (without active interference by the proprietor of the well-known mark).

Recordal of well-known marks is a potent tool. However, proprietors have not sufficiently exploited this unique system in Thailand. If you are the proprietor of a well-known mark, and believe that you have sufficient evidence to demonstrate its status, record it now!