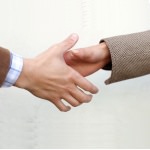 Litigation in Thailand has often been stigmatised as lengthy, expensive, cumbersome and convoluted. Indeed, the weight of this fear burdens not so much the infringers of IP rights but, disproportionately more in fact, brand owners themselves.

Where litigation in Thailand has revealed many shortcomings, it has been cast away as commercially non-sensical for the protection of IP, amplifying the need for plausible IP alternative dispute resolution (ADR) in Thailand.

This is evident from the DIP statistics, which reveal that from December 2002 to June 2010, 187 successful settlements were reached, from a total of 349 cases (with 13 ongoing) – so a 56% success rate, high considering its recent implementation.

The advantages of mediation for IP owners are compelling. Mediation with the DIP is exceptionally cost-effective, and there is no official fee. With the process taking a significantly shorter time than litigation, results are practically instantaneous by comparison. The authority of the DIP’s involvement also has considerable impact.

The process is simple and straightforward. It is initiated by completing a request form or vide formal request by letter. Upon ascertaining the issues involved and acknowledgment of the IP owner’s claims by the infringer, the parties are invited to a mediation session. If an agreement is reached, the Office prepares a settlement agreement, the contents of which are binding upon execution.

In December 2010, a presiding judge of the CIPITC went to the US in hopes of improving his understanding of ADR, even enrolling, as part of his fellowship program, in LLM classes that include the subjects of mediation and international trade law.

The learned judge, Thanarak Naowarat, has undertaken to hold seminars and conferences on the benefits of ADR and to promulgate its use in Thailand, so that the Thai Court will be a pro-ADR institution and disputes will be resolved more efficiently and effectively.

Next year heralds an ADR future for Thailand, with mediation seen as the one favourable avenue for IP dispute resolution. Foreign brand owners should no longer be hindered by any difficulty in enforcing their IP rights by means of litigation with the option of predictable ADR, which goes hand in hand with the significance attributed to IP by creative Thailand.