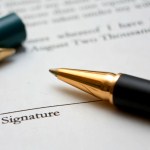 The TDA is expected to play a crucial role in curbing trade mark infringement as it both prescribes administrative support to enforcement and sanctions criminal penalties. The Act provides for search and seizure of counterfeit goods without exposing the genuine proprietor to any significant liability.

An important feature of the TDA is that only registered trade mark proprietors can apply for a Trade Description Order (TDO). This is a direct departure from the earlier TDA of 1972 where even common law or unregistered trade mark owners were allowed to seek protection. This move is seen by some as an attempt by the government to encourage trade mark registration in the country. Another pertinent feature is that the validity of the TDO has been reduced to one year only, unless renewed, with a precondition that the infringing trade description should be clearly identified. This move is viewed by many stakeholders as an attempt by the government to ensure that blanket protection is not provided to trade mark proprietors and to provide the proprietors with the impetus to maintain a constant vigil over the market, which in turn will improve the general protection of IP.

Other worthwhile features of the new Act which may have a bearing on trade mark owners include a prohibition on holding sham contests or games. Further, to enhance the utility of the Act, tipping off by a third party to any person who could prejudice the enforcement of a TDO has been declared an offence. The defence of private use is not available to corporate bodies now but only to private individuals, which is likely to put the brakes on commercial infringement, providing genuine proprietors with much needed relief.

The TDA has already been gazetted and should come in to force soon after the regulations governing the Act are formulated. The TDA should be welcomed by bonafide brand owners who may have struggled in the enforcement of their rights.