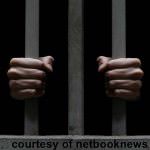 Marlboro cigarettes are exclusively manufactured and distributed in the Philippines by Telengtan Brothers and Sons, Inc (doing business as La Suerte Cigar and Cigarettes Factory) under license by Philip Morris Products, Inc (PMPI ). PMPI is the registered owner of the trademark Marlboro Label.

Based on reliable information, the Economic Intelligence and Investigation Bureau (EIIB) conducted surveillance and test-buy operations in different sari-sari stores in Manila in September 1998. A sari-sari store is a small-scale privately owned convenience store usually operated within the shopkeeper’s residence. During the surveillance operations, a container van discovered to be delivering Marlboro cigarette packs in black plastic bags was seen parked at a house in Manila’s Santa Cruz district. The property is believed to be owned by a certain Jackson Ong. The random sample purchases gathered during the surveillance and test buy operations were confirmed to be counterfeit Marlboro cigarettes.

On the strength of these findings, a Search Warrant was issued and served upon the premises of Jackson Ong. The owner was not present during the raid, and remains at-large up to the present time. However, it was the accused, the spouse or common-law wife of Jackson Ong, that met with the officers. She signed her name in the “Inventory” and “Certification in the Conduct of the Search” documents as Gemma Ong, Owner/Representative. Boxes containing 50 reams, or cartons, of counterfeit Marlboro cigarettes were seized from the premises.

During trial, the accused raised the defense of mistaken identity. She denied that she is the Gemma Ong accused in this case. The accused posits that while she is married to a certain Co Yok Piao, she continues to use her maiden name Maria Teresa Gemma Catacutan. She is a dentist by profession and a business woman, and owns Fascinate Trading, which has a registered address in the premises where the counterfeit cigarettes were seized. She claims that the arresting officer did not ask her name when she was arrested. When she pleaded to be released, she was instructed to post a cash bond which she did under her maiden name. The accused claims that she was not able to bring up the defense of mistaken identity early on as she did not know when was the proper time to raise said information.

The Regional Trial Court (RTC) was not persuaded by the defense and convicted the accused of the crime of Infringement and sentenced her to imprisonment of two years and a fine of P50,000 (US$1,136).

In resolving the case, the RTC ruled that the accused Gemma Ong and Maria Teresa Gemma Catacutan is one and the same person. It is unusual for  the accused, a professional dentist and business woman, to have remained meek and silent through-out her arrest and posting of bail bond. The RTC said that the accused should have taken it upon herself to reveal her true identity, if she was indeed innocent, and that such opportunity was presented on several occasions — when she was arrested, when she posted her bail bond and during arraignment. However, the accused never raised the issue of her true identity until it was too late during the trial.

The Supreme Court, in its decision, further noted that contrary to the accused’s allegations, she was positively identified by the EIIB operatives during enforcement of the search warrant to be one and the same person as the accused in Court.

The Court ruled that “the defense of denial is insipid and weak as it is easy to fabricate and difficult to prove; thus, it cannot take precedence over the positive testimony of the offended party. The defense of denial is unavailing when placed astride the undisputed fact that there was positive identification of the accused.”

This case illustrates the Philippine government’s firm resolve to enforce intellectual property rights and bring those who violate the law to justice. Indeed, the Court will not be swayed by flimsy contentions raised by the accused and their lawyers to run afoul of the Intellectual Property Code.