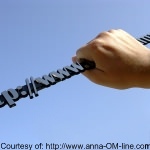 The complainant, Netrepreneur Connections Enterprises Inc., operates the website www.sulit.com.ph, which provides an online classified advertisements portal that “incorporates interactivity among its users by allowing people to respond to ads via a personal message or posting messages. This facilitates initial contact and negotiation. The actual sale is consummated by the buyer and seller themselves when they eventually decide to meet up.” It boasts of being the number-one online classified ads buy and sell website in the Philippines, and is rated as one of the top 10,000 sites in the world. Further, Netrepreneur Connections registered the mark SULIT.COM.PH with the Intellectual Property Office of the Philippines (IPOPHL) on October 13, 2008 (Reg. No. 2002008005602). (Sulit is a Filipino term that means “value for your money,” “worth it” or “a good buy.”)

In June 2011, Netrepreneur Connections filed a complaint with the WIPO Arbitration and Mediation Center against Anton Sheker, Seo.Com.Ph for having registered a domain name that was identical or confusingly similar to a trademark in which the complainant alleged it had rights. Sheker operates the website www.classifiedads.ph, another online ads listing. He registered the domain name www.sulit.ph, and while he does not use the website, he redirects visitors to its classifiedads.ph page.

Under paragraph 4(1) of the WIPO Rules, a complainant has to prove all three elements:

That the domain name is identical or confusingly similar to a trademark or service mark in which the complainant has rights; and

That the respondent has no rights or legitimate interests in the domain name; and

That the disputed domain name has been registered and is being used in bad faith.

After consideration of all the evidence submitted by the parties, the WIPO Panel held that the complainant was able to prove the first element, namely that the word sulit in the disputed domain name was confusingly similar to the trademark SULIT.COM.PH, considering that SULIT was the dominant portion of the mark.

However, the Panel found that the complainant failed to prove the second and third elements. It observed that there was an overall lack of evidence on the part of the complainant. Moreover, SULIT was found to be too weak as a trademark, taking into account its meaning and/or generic nature, coupled with the fact that the complainant was not able to establish any trademark rights in SULIT either in combination with other elements or as a stand-alone term.

The Panel further held that the respondent’s use of sulit.ph as a redirecting site did not, by itself, constitute lack of legitimate interest, especially considering that its use was consistent with the descriptive nature of the term sulit.

The proceedings of this case and the outcome generated a lot of public interest in the Philippines.