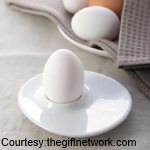 Registration of designs in Thailand is governed by the Department of Intellectual Property and the Thai Patent Act. There are lacunas in the Act design patents, especially where it proves difficult to draw the line between invention patents and design patents.

Section 3 of the Act merely provides that a design is ‘…any configuration of lines or colours that gives a special character to the product and can serve as a pattern for a product of industry or handicraft’. Any doubt is not removed by Section 58 which says that the only two types of un-patentable designs are those that are contrary to public order or morality, and designs prescribed by a Royal Decree.

This leaves much unexplained, particularly where the proprietor is seeking to register a product that has a foot on each side of the invention / design patent line, as it is not clear whether a functional design could correctly fall under Section 3.

This was debated in the case of Top Union Co. Ltd. v Department of Intellectual Property (2005) where the Central Intellectual Property and International Trade Court opined that where a ‘design’ was for a functional purpose: it is excluded from the ambit of Section 3. In this case a ‘small tube-like shape attached to the upper part of the boots for fastening the boots on with a belt was refused registration as a Design.

This decision was affirmed in Supreme Court Judgment 9377/2552, Dcon Products Co,. Ltd. v Department of Intellectual Property where the plaintiff’s ‘design’ was essentially an adaptation of the concrete plank which was functional:, for which a design patent was therefore unavailable.

Here, the Court’s reasoning was that the rounded and rounded-rectangle bottom designs were created for the functional purpose of the concrete plank and so were not designs – “…of any form or composition of lines or colours that give a special appearance to the ornamental aspect of the product”, confirming what has been aptly termed the functionality exception’ to Section 3.