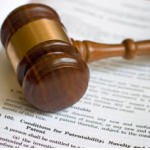 Previously, Brunei, a member state of ASEAN, did not have a national patent system. Patent protection was obtained by re-registration of a granted UK, European Patent Office (designating UK), Malaysian or Singapore patent. The re-registration application had to be filed within three years from the date of issue of the original grant. The application was examined on formal matters only. Patent applications were not substantively examined, but were just advertised for opposition by any interested third party. Upon re-registration, the foreign patent would enjoy the same privileges in Brunei as it merits in the country in which it was granted.

Under the new legislation, the only subject matter excluded from patentability is invention pertaining to method of treatment of the human or animal body by surgery or therapy or of diagnosis practiced on the human or animal body as it is not capable of industrial application. This means that other inventions, e.g. business methods or software inventions, can be patented if they meet the patentability requirements, i.e. novelty, inventive step and industrial applicability.

Under the new law, both formalities examination and substantive examination are conducted. A search fee may not be paid by filing a copy of a search report which has been issued in respect of a corresponding patent application filed elsewhere.

The patent term under the new Patents Order, 2011 is 20 years from the filing date, and annuities are to be paid yearly starting from the fifth year. A 6-month grace period is available for the late payment of annuities.

Furthermore, the new legislation also includes provisions that will allow for the processing of PCT applications when Brunei has acceded to the Patent Cooperation Treaty.