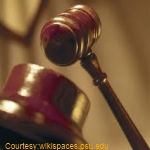 One of the questions addressed and is in practice a common query: Does the infringing use of the trade mark need be for the same/similar goods?

The Court noted that the phraseology and element of “common field of activity” had been considered crucial and conclusive in constituting passing-off. This was illustrated by the Court in reference to the case of McCulloch v. Lewis A. May (Produce Distributors), Ltd. [1947] 3 All ER 845, where it was held that “…there was a common field of activity in which, however remotely, both the plaintiff and the defendant were engaged and it was the presence of that factor that grounded the jurisdiction of the court.”

The Court recognized that this ratio has often been criticised Henderson v Radio Corp Pty [1969] RPC 218, where the court opined “In my view, it is going too far to say that the absence of this so-called common field of activity necessarily bars a plaintiff from relief.”

The Court emphasized that the prevailing law clearly provides that there is no requirement for a “common field of activity” to found a claim in passing-off, albeit a persuading factor.  It cited an array of cases including Harrods Limited v. Harrodian School Limited [1996] R.P.C 697 (but not crucial) consideration was: “Is there an overlap in the fields of activity?”

The Court concluded that the paramount question to be asked was: “Whether there is as a result of a misrepresentation a real likelihood of confusion or deception of the public and consequent damage to the plaintiffs here?” It is to help answering this question that “whether the public would regard the activities of the parties as being so similar that they are likely to be commercially connected?” be considered. Establishing the “common field of activity” is merely supportive and aimed at showing the likelihood of confusion.

It follows that: “when the goods to which the respective marks are applied to are the same or where there is a common field of activity, the incidence of confusion and deception is greater.” It is safe to say from this case that for passing-off actions there is no requirement for infringing use of the trade mark in question to be for similar goods. So owners should not be hesitant to enforce their rights if they lack this merely secondary factor.