For many years, the courts have raised objections to the non-unity of the patent applications and 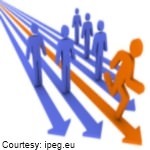 divisional applications. This matter and the provisions of Section 26B of the Patents Act 1983 in Malaysia were addressed in the above case.

The case of B Braun Melsungen AG & Anor v. Terumo Kabushiki Kaisha & Anor centered upon B Braun’s Malaysia patent, a safety intravenous catheter which the plaintiffs alleged was being infringed by the defendant’s product (Terumo Surshield Surflo II). In their defence, the defendants called into question the validity of the patent.

The key point of the defendant’s case rested on the fact that the original disclosure of the invention by the plaintiffs’ own European patent publication, would be considered prior art with the divisional patent by anticipating all claims of the patent, rendering it not novel.

In this regard, it was submitted by the defendants that in view of Section 26B of the Patent Act, the application should not have been entitled a divisional status and in light of the cited prior art it would defeat the novelty of the divisional.

Judge Dato’ Azahar Mohamed in the High Court disagreed with this approach; stating ”it is an incorrect approach to compare Claim 1 of the Braun Patent to Claim 1 of the Parent Patent.”

In so doing, he decided that the parent patent supports the needle guard feature in B Braun’s divisional patent and upheld the divisional status of the application while dismissing the lack-of-novelty claim by the defendants.

This clearly affirms the interpretation of Section 26B of the Patent Act 1983, which allows an application to be divided into two or more applications (divisional applications) provided that each does not go beyond the disclosure of the initial application.