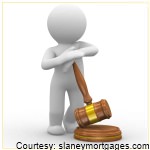 The Supreme Court of the Philippines announced new Rules of Procedure for IP rights cases on October 18 2011.

The Rules took effect on 8 November 2011 and govern new and pending civil and criminal actions for IPR violations lodged before the Special Commercial Courts designated by the Supreme Court.  The Rules aim to eliminate aspects of the general rules of procedure which do not apply to IPR cases.

The salient features of the new Rules are:

(2) Orders issued under the Rules are immediately executory even pending appeal.

(3) Cases may be submitted for decision on the basis of each party’s position papers immediately after pre-trial, clarificatory hearing or trial.  Generally a decision has to be rendered within 45 days (from e.g. receipt of the last position paper) or 60 days after receipt of the final pleading, if trial ensues.

(4) There are presumptions under the Rules, set out below with other important points.  In general, fraudulent intent on the part of the defendant is already presumed.

• for passing off a product by using imitative devices, signs or marks in the general appearance of the       goods thereby misleading prospective purchasers;
• for making any false statement in the course of trade to discredit the goods or business of another;
• where striking similarity in the appearance of the goods as packed and offered for sale.

3. There is the availability of order of destruction any time after filing of complaint or information, and retention of representative samples which lead to savings in storage costs.