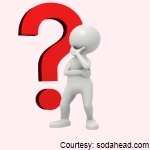 Despite guidelines from the Thai Courts on determining the identicalness and confusing similarity between trade marks seeking registration and prior marks: one statutory provision remains unclear. The Thai Trademarks Act’s prohibition of marks identical or confusingly similar to well-known marks, Section 8, read with Section 8 (10) provides that:

“A mark registered or not, which is identical with a well-known mark as prescribed by the Ministerial Notifications, or so similar thereto that the public might be confused as to the owner or origin of the goods.. [shall not be registrable]”.

To observers, this incorporation into the Trademark Act in tandem with the availability of registration of well-known status appears to be an express exclusive shield (or sword), conferring enhanced protection. But it has yet to be considered in detail by the courts.

By inference, it should be the case that the threshold for identicalness to a well-known mark would be lower than a regular mark. Recent court decisions, however, appear to suggest that this is not the case. The mark Bullspower was held not identical confusingly similar to the opponent’s well-known mark Red Bull and device of a bull in TC Pharmaceutical Industrial v Bullsone. This was the case despite the fact that the applicant had disclaimed the word ‘power’, which the Court acknowledged.

In giving weight to the appearance and pronunciation of the marks, as well as the goods covered by each mark: the Supreme Court adopted the proper holistic approach. But it appears that the courts had not attributed any special value to the well-known status of the opponent’s mark.

A case like this raises doubts about the benefits of the well-known status. It must be borne in mind, though, that in this case the other factors may have tipped the scales so much in favour of the applicant that the courts simply omitted mention of the opponent’s well-known status.

For instance, the disparity between the classes where the applicant mark was applied for: classes 1, 2 and 5 where the opponent’s mark was registered in classes 29, 30, 31 and 32. The absence of obvious consideration of the opponent’s well-known status: does not mean that it did not have any impact on the comparative exercise.

While the well-known status is not an absolute, decisive factor, it should not be undervalued.