In the eyes of the law, a company is a separate legal entity distinct from its members and directors. 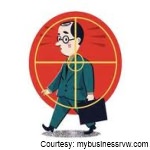 The acts of a company, including any wrongful acts are attributable to, and liability therefore rests with, the company as a separate entity and not with its members or directors. This principle from the Salomon case that there is a ‘corporate veil’ between a company itself and its members or directors, is a well-entrenched principle of company law and the Malaysian courts are bound to abide by it unless there are other cogent reasons to depart from it.

However, that does not mean that if an injunction order is obtained against a company – for example to cease infringing IP rights and deliver infringing articles – a director can ignore the injunction with impunity and assert that it is the company that is liable ( and so hide behind the corporate veil).

A company is an artificial legal person that “can have neither thoughts, wishes nor intention for it has no other mind than the mind of the corporators”. Hence, the will and directing mind of a company must be found in a person (usually called the director) and this is the rationale for the law to hold the persons who direct a company responsible for the wrongdoings or the criminal acts. Judge Syed Ahmad Helmy J. in IJM Corporation Bhd v Harta Kumpulan 2008 observed that the courts’ approach to the doctrine of separate legal entity has always been pragmatic. Where the doctrine is used for improper purposes, for instance to justify a wrong, the courts will treat a company as an association of persons.

Having said that, a director, whether actively managing the day-to-day affairs of the company or a mere sleeping partner, is under a duty to ensure that the company complies with any court order affecting it. Accordingly, Order 45 rule 5(1)(b)(ii), rule 7(3)(a) and 4(b) of the Malaysian Rules of the High Court 1980 recognize that directors and officers are the human agencies responsible for the conduct of the affairs of companies. They fix a director with liability for the conduct of the company, including liability for any breach by the company of an injunction where the director has appropriate notice that he is liable to have the injunction executed against him if the company disobeys the order.

It is therefore important to make sure that proceedings are well drafted so that “appropriate notice” is given to the directors that they will be pursued personally. In this way, notwithstanding the principle of the corporate veil, a director of a company can be liable for acts of infringement of IP rights committed by the company and cannot justify its wrongful breach of the injunction order.