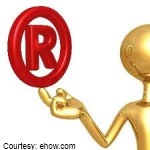 Office Actions are issued by the Thai Department of Intellectual Property (DIP) on grounds of non-distinctiveness or identical/similar character to a well-known and/or registered mark. However, the procedure for evaluating the response is different from other jurisdictions, making Thailand a difficult territory for IP protection.

For a non-distinctiveness objection, the trade mark owner will be required to prove that the mark has become distinctive in Thailand through use. The registrar will then decide if the evidence submitted is sufficient to prove acquired distinctiveness.

The rigid use requirements to establish acquired distinctiveness are often difficult to satisfy, especially for new brands that have recently ventured into the Thai market and have not generated substantial reputation and goodwill. Unlike other jurisdictions, Thailand emphasises local evidence over evidence of use worldwide. Unfortunately, for such marks, the likelihood of a refusal is high, due to this conservative approach that ignores the individual merits of the mark

On the other hand, refusals on the basis of identical/similar marks are final refusals, where no further submission will be considered by the registrar.

In both cases, the trademark owner may file an appeal before the Trademarks Board giving them an opportunity for placing arguments and evidence afresh for the Board’s evaluation.

While the Trademark Board’s decision is final, the matter may be elevated before the Central Intellectual Property & International Trade Court (CIPITC) when the decision is unreasonable or there is an error in application of law.

The CIPITC takes a more liberal approach. It will consider the individual merits of the mark in light of established legal principles governing the assessment of distinctiveness or confusing similarity. In fact, at this stage of the appeal process the CIPITC is open to references of precedent case law and arguments based on an objective analysis of the mark.

In the Intel Netburst and Intel Xcsale cases (Supreme Court, 2005 and 2006), it was held that the mark must be assessed as a whole, providing a heartening reprieve from the examiners’ practice of dissecting invented words into separate elements to refuse the mark on the basis of non-distinctiveness for any elements which have a meaning when read separately.

Unlike the lower forums, CIPITC adopts international standards of assessing distinctiveness and conflict. Ultimately, a trade mark owner in Thailand may be relieved that in spite of an initial refusal, the mark may have many miles to run before giving up hope of registration.