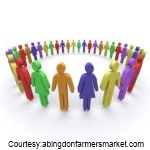 The Philippines has become the 85th contracting party – and the third ASEAN member state after Singapore and Vietnam to join the Madrid Protocol. Philippines President Benigno C. Aquino III signed the instrument of accession on March 27, 2012; it was deposited with the World Intellectual Property Organization on April 25, 2012.

IPOPHL announced that there will be no difference in substantive examination of applications received by way of Madrid Protocol. The provisions of the Intellectual Property Code and its implementing rules and regulations will continue to be the basis of examination.

Madrid Protocol applications and national applications will be treated the same and examined in the order that they are received by IPOPHL. No preference will be given to one type.

Both Madrid Protocol and national applications will be required to comply with the Declaration of Actual Use requirements under the IP Code.

The Madrid Protocol will have full force and effect on 25 July 2012.