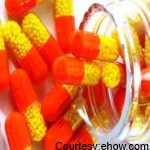 In a case decided in March 2012, Sanofi Pasteur, the vaccines division of Sanofi-Adventis, successfully opposed the registration of COMAXIN in Class 5 by Getz Bros Philippines, Inc. based on the mark’s confusing similarity to the opponent’s mark COMBAXIM.

In deciding the opposition, the Bureau of Legal Affairs (BLA) of the Intellectual Property Office of the Philippines applied Section 123.1 of the Intellectual Property Code which provides that a mark cannot be registered if it is “identical with a registered mark belonging to a different proprietor or a mark with an earlier filing or priority date, in respect of: (i) the same goods or services, or (ii) closely related goods or services, or (iii) if it nearly resembles such a mark as to be likely to deceive or cause confusion..”

Since 2007, Sanofi has owned a Philippine trademark registration for COMBAXIM in Class 5 for pharmaceutical preparations in the form of pediatric vaccines. Getz Bros applied to register the mark COMAXIN in respect of pharmaceutical products used for the treatment of infections in the upper and lower respiratory tract, ENT, skin and soft tissue, gut infections, osteomyelitis, septicaemia, peritonitis and post-op infections.

The BLA considered whether the marks so nearly “resembled” each other “as to be likely to deceive or cause confusion”. It found that the marks looked and sounded alike – the only difference being the addition of “B” in COMBAXIM and the last letter (“M” vs. “N”). Referring to the U.S. district court’s decision in Continental Connector Corp. v. Continental Specialties Corp. (492 F. Supp. 1088 (D. Conn. 1979)), the BLA confirmed that “[b]y analogy, confusion cannot be avoided by merely dropping, adding or changing one of the letters of a registered mark.”

The BLA noted that the goods concerned were not similar – Sanofi’s product was preventive and Getz Bros’ product was aimed at treating or curing. The difference, the BLA noted, actually served to highlight the need to prevent mistake or confusion. The goods, both being in Class 5, were found to be closely related, as they deal with bacterial diseases.

Relying on the Philippine Supreme Court’s decision in Del Monte Corporation v. Court of Appeals (G.R. No 78325, 181 SCRA 410 ( Jan 25 1990)) , the BLA confirmed that in cases of grave doubt, as between a newcomer who has nothing to lose and everything to gain by confusion, and a party who has honestly operated in a market and already achieved favor with the public, any doubt should be resolved against the newcomer, considering that the newcomer does have the ability to select a desirable trademark from a wide field.

The BLA’s decision is now final and executory.