In a landmark judgment, LB Confectionary v QAF, the Federal Court in Malaysia ruled on a dispute 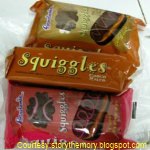 involving rights over use of the trade mark Squiggles.

The judgment has a bearing on trade mark practice in Malaysia as it deals with novel issues and could affect commercial transactions. The issues before the Court were threefold: a) whether while deciding on expungement of a registered mark, the Court must decide the competing rights of the parties involved before it decides on who is the “aggrieved person;” b) whether use of a mark by an unregistered licensee is considered valid commercial use; and, c) the validity of use of a mark by an unregistered licensee before the mark is registered.

The factual matrix showed that QAF Ltd., the registered proprietor of the mark Squiggles since 2001 and used by its unregistered licensee, Gardenia Bakeries, sent a cease and desist letter to LB Confectionery demanding that it stop manufacturing and distributing cream-filled buns using the Squiggles mark. In reply, LB Confectionery filed an action to cancel QAF’s registration on the basis of non-use.

LB Confectionery contended that it has been using the mark Squiggles in trade since 2007. It is the aggrieved party because use by an unregistered licensee cannot be considered use under the Trademark Act.

Another contention raised by the LB Confectionery was that any use of the mark by QAF or its licensee prior to the date of registration is irrelevant to determining use when evaluating expungement applications.

After due consideration of the facts and legislative provisions, the Court held that the appellant’s arguments were devoid of merit. By adopting a registered mark in 2007, when the prior mark was already on the register since 2001, LB Confectionery was clearly an infringer of the registered mark. The Court further observed that it is contrary to the spirit of the Trademark Act to accord the appellant, an infringer, with an aggrieved person tag.

The Court further observed that the LB Confectionery had no locus standi to invoke the Court’s jurisdiction as there was no issue of competing rights when one of the parties was clearly an infringer at the time of adoption of the mark in dispute. Applying the principle of bonam partem, the Court clarified that for the purpose of expungement, a person aggrieved is someone who has legitimate right in the mark which was substantially affected by the presence of the registered mark. It does not apply to an infringer of a registered mark, and accordingly dismissed the appeal with costs.