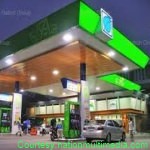 The recordal of a license is mandatory under the Thai Trade Marks Act. However, in practice, parties are not aware of this requirement and so do not register the license. Such non-compliance is aggravated by the fact that the Act does not define the term “trade mark licence.” To compound the problem, not much jurisprudence is available to provide guidance on the kind of agreements that may fall under the purview of a trade mark license.

However, there have been few occasions when the courts have deliberated on this issue. In one such case: Bangchak Petroleum Public Company v Sanpatong SR Petroleum, the Supreme Court threw some light on this aspect of law. This was a dispute about contract, under which a plaintiff provided gas station operating rights to the defendant, including the right to use the mark Bankchak on the gas stations.

When the business deal hit rough waters, the issue before the Court was whether such a contract where a party allowed another party to operate a retail outlet under a particular brand, while retaining all other rights including rights to movable assets used in the retail outlet (equipment, raw materials), qualifies as a licence agreement that must be registered.

After careful consideration, the Court observed that even though the defendant was permitted to use the plaintiff’s mark, such use was on the goods sourced from the plaintiff itself. The contract did not impose any obligation on the defendant to undertake other business activities associated with licensing like marketing and advertisement. Hence, the Supreme Court held that for all practical purposes, even though the defendant was authorised to use the plaintiff’s trade mark in the course of trade, this was in essence a distributorship agreement and not a licence agreement, so no registration was required.

In view of the paucity of precedents on this issue, such judgments are welcome as they provide guidance on dealing with a very common business model – distributorship. Although each case is evaluated on individual merits, nevertheless, wherever suitable, trade mark proprietors would now be encouraged to adopt a distributorship model in contrast to the licensing model.