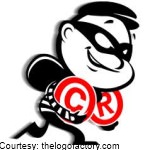 Ever so often, a trademark owner finds itself unpleasantly surprised when it discovers that its mark has been registered by unauthorized parties.

Under Section 67 of the Trade Marks Act, a trademark owner may petition the Central Intellectual Property and International Trade Court (CIPITC) to have the unauthorized registration cancelled within five years from the date of the grant of registration if it can prove that it has a better right to the mark than the registered proprietor.

One of the key considerations in determining bad faith is the similarity between the marks. In cancellation proceedings, the type and structure of the marks are compared to ascertain if the earlier registered mark was in fact intentionally filed to ride on the reputation and goodwill of the well known mark. Where the mark is fanciful, highly stylized, or a unique device mark, it is easier to conclude that the defendant could not have formulated a similar design or concept from scratch and that the earlier mark was therefore filed in bad faith.

Plaintiff may also submit evidence of the Thai consumers’ familiarity with the mark. Also, proof of relationship between the registrant and the rightful owner could also be used to show that the Registrant was aware of the mark’s reputation and had registered it without the right to do so from the rightful owner.

Though there are not many cases available on this subject, yet there are some which show that the prior user of the mark will be given greater rights to the ownership of the mark, regardless of the identity of the earlier registrant or applicant. For well-known marks, Section 8(1) of the Thai Trade Marks Act also states that a trademark which possesses or consists of a mark which, according to the criteria prescribed by the Minister, is identical or similar to a well-known mark and confuses or deceives the public as to the proprietor or origin of the goods shall not be registrable.