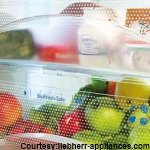 The issue of determining whether a mark is descriptive or merely suggestive of the goods sought to be protected has always been a debated area in Thailand. Though not many precedents are available, it was recently addressed by the Supreme Court in Liebherr-International v Department of Intellectual Property.

The case before the Supreme Court required determination on whether Biofresh with specification “apparatus for refrigerating and freezing” in Class 11 could be considered distinctive. The Department of Intellectual Property had earlier pronounced this mark to be descriptive of the goods and this decision was confirmed on appeal by the Board of Trademarks.

Aggrieved, the applicant, Liebherr-International, elevated the matter on appeal with the Intellectual Property and International Trade Court (IPITC). The IPITC accepted the applicant’s argument that the mark was in fact distinctive as it was a coined term and that Biofresh was not descriptive of the goods in question.

The Supreme Court further elucidated that if the mark contained a word that had become common to the trade, the applicant may be ordered to disclaim that particular part of the mark. In conclusion, the Supreme Court has provided much needed clarity on the distinction between suggestiveness and descriptiveness. The principle that can be derived from this decision is that unless the mark in question provides a direct description of the goods sought to be protected, the mark would not be considered to be descriptive. This judgment can therefore be relied upon in the future to refute objections based on the descriptiveness criteria.