In a recent hearing at the Intellectual Property Office of Singapore (IPOS), Converse Inc. (the opponent) failed in its attempt to prevent the registration of Trade Mark Application No. T0705265E (the application mark) in Class 25, filed by Southern Rubber Works Sdn Bhd (the applicant). The application mark is reproduced on this page along with one of the registered marks which the opponent sought to rely on in the opposition proceedings.
The goods for which registration was sought were classified as footwear, clothing and headwear. The same was said for the opponent’s marks. The opponent also maintained that they are known for the star device, which appears in most of their marks and all of their products.

The opponent argued that, based on Section 8(2)(b) of the Trade Marks Act, the application mark is confusingly similar to several of the opponent’s earlier marks. The hearing officer, however, held that only the Converse mark shown on this page – registered trademark numbers T9710480C and T8705620B – ought to be considered under this ground of opposition. Both marks consist of two concentric circles very close together, a star in the middle and some words within the circles. The words can be seen to be similar in terms of the placement around the star although the words “CHUCK TAYLOR” going across the star in the opponent’s mark is the main difference between the two marks. 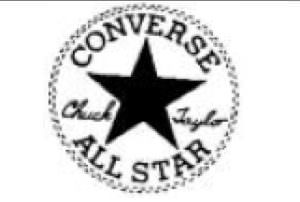 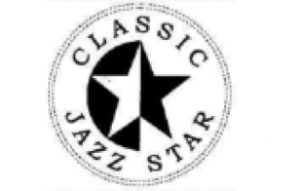 Despite the star device being the prominent feature of both marks, it was held that in determining the aural similarity of the marks, the textual components of the marks are to be compared. In this aspect, the application mark consists of “CLASSIC” and “JAZZ STAR” while the opponent’s mark consists of “CONVERSE”, “ALL STAR” and “CHUCK TAYLOR” in stylized form. Both marks contain the brand names of each, being “JAZZ STAR” and “CONVERSE” and therefore they would aurally be referred to by their brand names rather than by the star devices deemed to be the distinctive element in each mark. Based on their textual components, the two competing marks are aurally dissimilar.

It was also held by the hearing officer that there was little conceptual similarity between the two marks given that both contained their brand names which were different.

When considering the similarity between the goods, the hearing officer held that it is important to determine how the goods are regarded for the purposes of trade. In the instant case, it was held that the goods of both are similar given that they are usually sold through the same trade channels and that consumers would consider it normal for such goods to be sold under the same mark.

In considering the likelihood of confusion between the competing marks, it was held that given the aural and conceptual differences, the similarities between them are not to a high degree. Due to the imperfect recollection of consumers, it was held that consumers would remember the opponent’s mark by the term “CONVERSE” and as such, the dissimilarity in the words that make up the two marks outweigh the visual similarity between said marks. Further there are various other star devices belonging to other proprietors on the Register and thus consumers would be used to seeing different forms of star devices and would not necessarily associate a star device with the opponent. As such, no likelihood of confusion was found.

As for Section 8(7)(a) of the Trade Marks Act relating to passing off, it was held that while the opponent has goodwill in their mark, there was no misrepresentation on the part of the applicant in respect of the opponent’s potential customers because of the lack of confusing similarity. With regard to Section 7(6) of the Act concerning applications made in bad faith, it was found that the opponent had not adduced any concrete evidence to show bad faith on the part of the applicant.

The outcome of this case goes to show that what is deemed to be the dominant element of a trademark is not always the most distinctive element and that other elements have to be considered as well.

This article was first published in Asia IP on August 31, 2015. For further information, please visithttp://www.asiaiplaw.com/ .